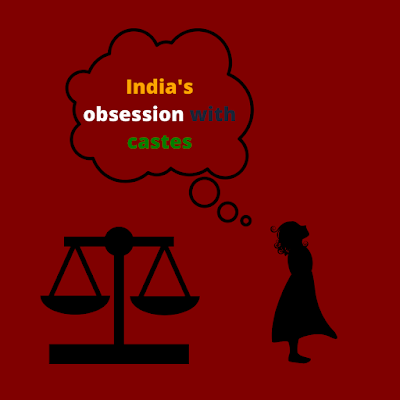 The ancient system of social divisions, the Varna System, is introduced to most Indians in one of those lazy history classes but almost everyone witnesses its implications a lot earlier in life. Our life is surrounded by castes, from the early casteist conditioning of children to our everyday vernacular, where we verbally exploit the identities of ‘lower’ caste communities.

It was the seventy-second Republic Day of India yesterday where we celebrated the commemoration of our Constitution. While that is a proud moment in history, I cannot imagine B.R. Ambedkar, the ‘father’ of our constitution being actually proud of the current social state of India where one of the core values in our preamble, Equality, is still a far-away goal.

Origin 𑁋 Where do castes come from?

A verse in Purusha Sukta, a hymn that was written in Rigveda, talks about the sacrifice of Purusha, a primeval androgynous human from whom all elements of the universe supposedly originated, including the four social categories of the Varna system. Brahmanas or the priests stemmed from his mouth; Kshatriyas or warriors from his arms; Vaishyas or merchants, peasants, pastoral farmers from his thighs and Shudras or labourers, servants from his feet whose occupation was limited to serving the three ‘higher’ varnas.

The interpretations of the mythology are highly contested with some believing that the categories meant to promote division of labour on ‘qualitative’ basis and that distinction based on hereditary were ill-used by Brahmins to preserve their superiority. Whatever the reason might have been, the fact remains that this strict unnatural compartmentalization of people into Varnas resulted in one of the most inhumane and degrading systems in the world. Discrimination of people who were born in the other castes was, in fact, so rampant that even Faxian, the first Chinese monk to travel India observed how some people were outcasts and could not be touched.

The system saw cracks early on. One of my particularly favourite incidences is a rebellious moment in history about a non-Kshatriya King, Gotami-puta Siri-Satakani, who was destined to be a priest by his caste 𑁋the highest virtue in the Varna system, but he opposed that by becoming a King instead.

The biggest critique of the caste system is its rigid compartmentalization and ironically, it even failed to do that properly. It could not account for people who strayed even a little bit from the ‘normal’ segments of the society like the forest folk (Nishadas) or the goldsmiths (Swarnakaras). So a whole new bracket, Jatis, was invented for everybody who could not fit in the four Varnas. This whole system sounds so ancient and absurd that it is hard to understand its relevance in the modern world. Justifying the Varna System’s validity today would be like blaming every modern-day Helen's infidelity on Aphrodite 𑁋 it makes very little sense. How has such a bizarre system managed to remain relevant for so long?

The casteist hangover 𑁋 why are castes relevant today?

Whenever unfair limitations are imposed on people, they rebel. It has been the key cause of almost all significant rebellions in history. The caste system does the same. It limits people’s livelihoods, their social mobility, the honour they get in society, so why does the system continue to haunt us today?

I was faced with this dilemma when I noticed the peculiar social settings on a visit to my grandparent’s village. I got to know that some people sat on a higher level than the rest to visually differentiate their caste hierarchies. Those who belonged to the lower castes had to sit on stools, while the others sat on chairs. This harsh social set-up has not only limited itself to crude social nuances in villages but continues to manifest itself into a series of caste-based violence. If you feel like making this claim is too far-fetched or old-fashioned, then looking at the severity of the cases that took place last year will resolve the scepticism. These cases did not happen in ancient India or the 90s, they took place in 2020.

The Indian Constitution abolished the practice of Untouchability in 1955 yet somehow, a 25-year-old Dalit man, Devraj Anuragi was beaten to death for serving himself food at a feast in December 2020 in Madhya Pradesh. Yes, his hirees probably touched him, but they did not anticipate that he would dare to touch something as basic as the food that was being served at the feast. That is a direct consequence of Untouchability, a practice that was banned since the inception of our Constitution. It caused severe social isolation of some communities for so long that we still witness its ramifications. This man had been hired to clean the place after the party but his basic action of eating food allegedly infuriated the hirees so much that they thrashed him to death. This was our modern India two months ago.

We tried to bring economic equality for people who had been oppressed for centuries by giving them reservations in the public sector via recommendations made by the Mandal Commission decades ago. It was supposed to be a 10-year plan but it continues every term and we are not even near the then set-up goals yet. The discriminated communities still have to resort to menial and dangerous jobs that kill them. July 2, 2020, witnessed the death of four Dalit men who inhaled dangerous fumes after being hired to clean a septic tank. The youngest victim was a minor, aged 17 while all of them were under 30. It has been illegal to hire people for manual scavenging since 2013 from the Prohibition of Employment as Manual Scavengers and Their Rehabilitation Act, yet over a hundred people have died from cleaning sewers and septic tanks in 2019 alone. This is exactly how the caste system flourished. It made the Shudras do the grunt work of serving the other varnas while also making these very same communities outcasts. The same cycle continues to exist today where the exploited communities are kept subdued through a debilitating cycle of conditioning, oppression and poverty.

This is exactly what happened in November 2020 when two Dalit brothers were approached by almost 15 men at their house. This mob tried to intimidate the two brothers by beating them and torching their house so that they would withdraw a 2-year-old case which fought against discriminatory wages.

In fact, these people have been exiled from our society for so long that even their dead cannot escape the dirty wrath of discrimination. July 2020 saw a Dalit family being denied access to the common village crematorium in Gujarat. They had wanted to cremate their deceased family member but were instead asked to do so in a separate area ‘designated’ for Dalits. The issue was later resolved by police intervention.

Dalit women are especially prone to castist intolerances because of their intersectionality. Last year, the Hathras gang-rape case saw a young woman die after being raped and beaten by four of her upper-caste neighbours. She not only faced injustice by the men who violated her but was also ill-treated by the police. The UP Police denied a case of rape despite the victim’s dying declaration. Doctors at JNMCH declared the report used by the police was unreliable as it had been collected eight days after the alleged rape. The woman is also believed to have been cremated by the police without the consent of her family. Another Dalit woman was gang-raped in Madhya Pradesh at gunpoint by two men, one of whom was a former village head. Both cases had offenders who were socially respected men in positions of power, so it is hard to not associate these incidents with the victims’ castes. This disturbing realization is probably not even close to the reality of how women, especially those who belong to the 'lower' castes are treated in India as a report by Livemint estimated that 99% of cases of sexual violence against all women go unreported in the country.

The pandemic last year reflected this sharp social divide where some people viewed the lockdown as a recreational holiday where they had to clean their own dishes for the first time in decades, while the migrant workers actually died trying to go back to their homes during the inter-state restrictions.

These social extremes extend themselves to one of the biggest Hindu taboo’s 𑁋inter-caste marriages. In March 2020, a man was murdered by his wife’s kin because of his caste and it was not a rare incidence that was largely condemned by the public. Several months before his death, the village panchayat had actually annulled his marriage because of the couple’s caste-based differences. He likely would not have gone back to the village if lockdown and a lack of livelihood did not force him too. An attempt to reunite with his wife there cost him his life and this is as far from equality as we can possibly go.

Observing both extremes and the limited discourse they receive is the reason why the Varna System has had such lasting consequences. I wish the discrimination had started eroding from the progressive spaces in the country, yet attending DU gave me an entirely different experience. Subtle back-handed stereotyping about castes is so common in my university’s jargon that nobody even questions them. It is not uncommon to see someone casually stereotype Gurjars, Jats or ‘outsiders’ while sitting on the college campus. These comments are not snickered anonymously, they are proudly exclaimed and justified. When I confronted a student about their inappropriateness, I was met with the most ignorant and age-old universal justification that is used for discriminating people; they said that it was not offensive to negatively stereotype communities if it is true. The comment was so ridiculous that I might as well use it to end my piece. Yesterday was the seventy-second year since our Constitution was implemented and it will probably take another seventy-two years before we truly begin to grasp and implement the true meaning of equality, a term that we have so carefully embedded in our preamble.
Labels: Blog
Location: New Delhi, Delhi, India 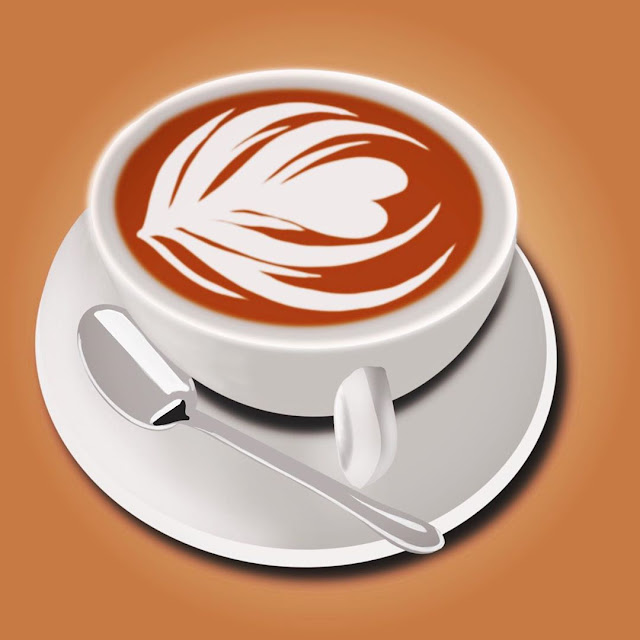 The Origin of Coffee - a tale of energetic goats, a smuggling Indian saint and more 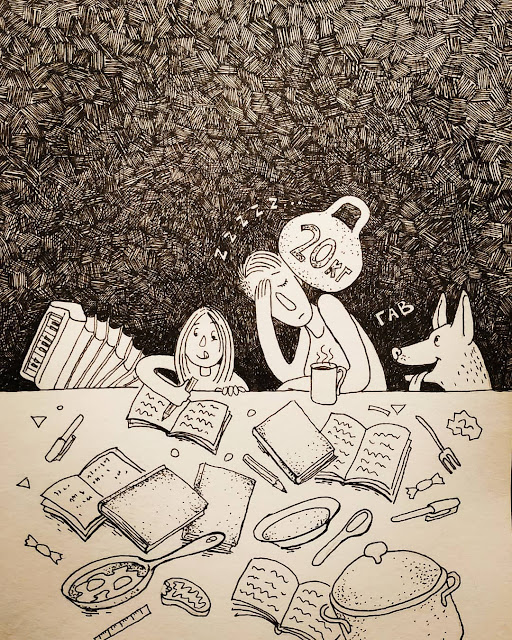 When you are unable to do anything